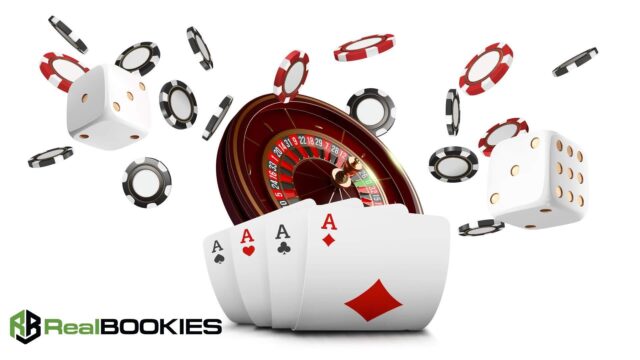 All Gambling Software is not the Same

Gambling Software, does it matter? Many bookies cover the same sports events. But, some of them offer bonuses for certain games. They have similar interfaces, game-play, soundtracks, and graphics which you might believe is imitation. Popular casinos use software from the most popular gaming developer. They either buy full gaming solution packages or licenses for each game. Here are nine top gambling software providers.

NYX has the best sports gambling software in the UK. The United Kingdom Gambling Commission regulates it. The software developer has an office in Las Vegas, Montreal, Sweden, and Sydney. Some of its 600 titles are available in 170 casinos, including bingo, table games, lottery, and slots.

IGT has been in the software industry for over a decade. It has actively participated in designing and manufacturing machine games. Gaming diehards claim that the company builds more than 40 percent of American slot machines. It ventured into casino games in the 20th century after buying WagerWorks, an online gaming tech firm. You can find IGT’s software in casinos such as Bet365, BetFred, Coral, Gala, Mr Green, NetBet, and William Hill.

NetEnt was established two decades ago, and 90 casinos from all over the world use its gambling software. The Swedish developer is renowned for instant play games, branded titles, and amazing payouts. Aliens, Guns n’ Roses, and South Park inspired some of its titles. Its progressive jackpot games excite many players. For example, one player won a $0.28 Mega Fortune slot bet worth $20m in the recent past.

The company set up the first global online casino in the early 1990s and has been among the leading gaming software developers since then. It is based on the Isle of Man. Microgaming Software has built over 600 games, but they are smaller than the Mega Moolah slot machine. It paid out $17 million in 2015. The firm runs the MPN poker network. It recently released a roulette game that is compatible with Oculus Rift.

The United Kingdom-based software developer has offices in more than ten nations. It has over 500 casino games like live dealer games, bingo, table games, and slots. Playtech runs the iPoker network, and its casinos provide Beach Life jackpots worth millions of dollars.

Rival Gaming is based in Cyprus, and it has over ten years of experience in gambling. It has built 200 games that you can find in 52 casinos. They include blackjack, baccarat, craps, casino battle, pai gow, bingo, ride’em poker, and scratch cards. You can play some games online and others offline.

RTG was established in 1998 in Atlanta, Georgia, but it later relocated to Costa Rica. It builds software for top American online casinos. The tech company is popular for its wide variety of slots, some of which have progressive jackpots. It develops instant play games and downloadable games. Its software is available in Captain Jack, Club USA, Intertops, Grand Parker, Loco Panda, Lucky Red, Planet 7, and Silver Oak.