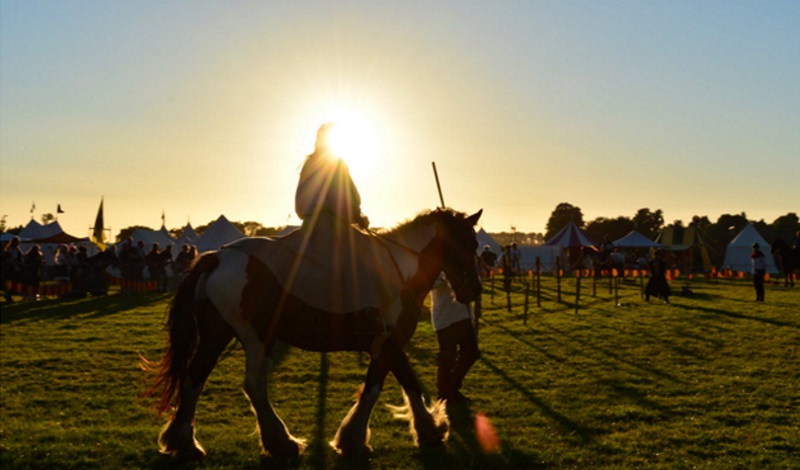 The Belmont Stakes race is the third and last leg of the Triple Crown races. It was first held at Jerome Park in 1867, transferred to Morris Park in 1890 until it was moved to its current racetrack at Belmont Park in 1905. Belmont Stakes is reputed to be the oldest of the three Triple Crown events, which include the Kentucky Derby and Preakness Stakes.

Three-year-old thoroughbred racehorses in Belmont Stakes are tested according to their fortitude and stamina while competing in a mile-and-half racetrack. No wonder the Belmont Stakes is also known as “The Test of the Champion.”

With its long history and difficult and grueling racetrack, the Belmont Stakes event has produced many of the most exciting wins in the history of the sport. But there are five winners to whom you can attribute the greatest victories of all time. 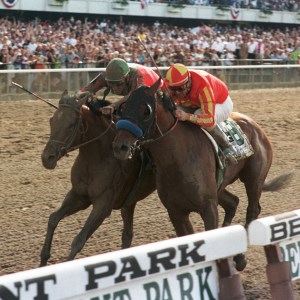 Real Quiet was trained by Bob Baffert and was considered as the favorite to win the Triple Crown in 1998. In fact, at the final furlong, Real Quiet already seemed to be the one who will end the then 20-year Triple Crown drought. But Victory Gallop strived to chase and outrun Real Quiet into the finish line.

As the two horses fought for the first spot, it looked like they were merged and racing as one. The thrilled audience watching the event was not sure who crossed the finish line first until it was put up in the leaderboard that Victory Gallop got the upset victory.

Easy Goer was another steed in this list which won the Belmont Stakes event via an upset victory. Thus, Easy Goer got the better of his rival Sunday Silence, which is just one race away from taking the Triple Crown Victory.

Easy Goer took the place of Sunday Silence after the initial turn of the race and went full gear to the front of the pack then raced down until the finish line. The winner won by eight lengths over the potential Triple Crown victor.

Aside from that, the victory of Easy Goer is known as one of the greatest upsets in horse racing history.  Furthermore, it was also known as the second fastest time in Belmont Stakes with an official time of 2:26.

The victory of Affirmed in 1978 was one of the most breathtaking and electrifying Triple Crown wins in Belmont Stakes history.

He defeated his number one rival, Alydar, in the race. But before Belmont Stakes, the pair were already competing against each other in several epic match-ups. So people at the time were going gaga over their much-awaited Triple Crown battle.

In the final event of the Triple Crown, the two steeds came out of the gate quickly.  As if telling the hyped-up crowd that their rivalry will be at the forefront of this race (and, yes, it was indeed).

It was a close battle to the finish line.  That is until, approaching the final stretch, Affirmed shot his way down.  Furthermore, he then took  the first spot of Belmont Stakes and took home the Triple Crown. The phenomenal event in 1978 was also the beginning of the longest Triple Crown drought in history.

Finally, after 37 years since the victory of Affirmed in 1978, a new steed was named as the Triple crown king! American Pharaoh made a buzz across the sports world by ending the longest drought in Triple Crown history. Thirteen racehorses before him were almost near to the Triple Crown, but all 13 had failed.

American Pharoah is a racehorse which became a favorite to win the Triple Crown.  This is because of its athletic aura that can adapt to any racetrack and weather condition. The people watching the game that day came to realize the destiny of American Pharaoh when he got a two-length lead at the top of the stretch.

Racing down to the finish line, American Pharoah held on to his lead.  Thus, in the end he ran for glory to take the Triple Crown victory. Aside from winning the much coveted Triple Crown, American Pharoah also won the Breeder’s Cup Classic in 2015.  Thus, earning the title as the first racehorse to win the Grand Slam of Thoroughbred Racing.

Secretariat’s performance at Belmont Park in 1973 was perhaps the best in the history of horse racing. Not only that he end the 25-year Triple Crown drought, but Secretariat also made the record as the fastest finish. Thus, he made his finish in the Belmont Stakes with an official time of 2:24.

At the first half of the race, Secretariat went head-to-head with his competitor, Sham. The two ran one of the fastest half-mile in Belmont. However, in the second half, Secretariat went all the way to outrun Sham and the others. It was indeed a classic run by the fastest steed the world of horseracing has ever known.

The Belmont Stakes event has provided us with a lot of epic horse races of all time. If you want to witness another historical moment in this kind of sport, it’s high time that you get involved with this event this coming June 2019. You can check the trends and latest odds at TVG Belmont Stakes if you want to bet on your favorite horse in the race.