Bookies have always suspected Lord Lucan to turn up alive after 48 years of going missing. However, the latest update is that bookie businesses suspended betting on it after a person alleged to be the Earl was seen in Australia.

The betting business always had a nagging sense that the fleeing aristocrat would come up alive, according to a former public relations expert at William Hill named Rupert Adams, who now goes by the name The Posh Pundit.

After his nanny, Sandra Rivett, who was 29 years old and worked for him, was found dead in his Belgravia, London, house in 1974, Lucan, who had attended Eton, vanished without a trace. Rivett had been killed with a lead pipe. 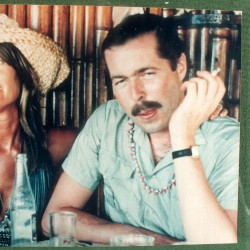 According to gambling industry news reports, the fact that he vanished without a trace captivated the public and prompted decades of conjecture on his whereabouts and demise.

Now, a computer program has determined that a British retiree who is 87 years old and lives as a Buddhist in Brisbane is the same person as the lost Earl, who would be the same age.

According to the specialist from Bradford University, the algorithm “never gets it wrong” and is a good match for the Australian OAP.

According to Professor Ugail’s interpretation of the algorithm, Lord Lucan and the pensioner are either the same person or someone who resembles them very closely, like an identical twin pair.

In 2018, he was instrumental in identifying the two Russian agents who were guilty of poisoning former spy Sergei Skripal and his daughter in Salisbury, Wiltshire.

In addition, he has located three individuals involved in the murder of Saudi writer Jamal Khashoggi in 2018, and he assisted in the investigation that led to the discovery of an accused Nazi war criminal in 2018. Finally, professor Ugail asserted that his algorithm has never produced an incorrect result.

Do you want to learn how to be a bookie? It is not as mysterious as the lord’s disappearance. All you need to do is read our bookie tutorials.