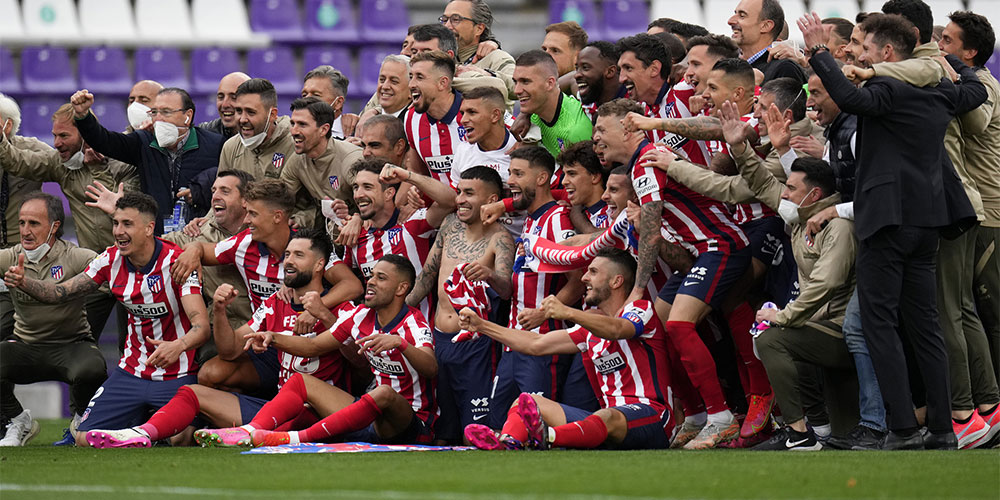 Atletico Madrid is on track to win La Liga title after winning against Osasuna. Atletico had to come from behind after being down by a single goal heading into the game’s final moments.

Ante Budimir scored for Osasuna in the 75th minute. Live sports betting enthusiasts thought it was over. However, Atletico Madrid managed to score two goals in the final eight minutes of the fixture. As a result, Atletico Madrid’s fate would be in its own hands as they head into the last week of the season.

Atletico’s goalie Jan Oblak failed to block Budimir’s header to get the lead. It seemed that the game and the La Liga title were slipping away from the team. However, they saw a glimmer of hope after Renan Lodi scored in the 82nd minute. Then, Luis Suarez gets Atletico the lead in the 88th minute.

Atletico Madrid is on Track to Win La Liga

Suarez had a remarkable season by scoring 20 goals to date. Atletico signed up his services after Barcelona let him go last year. Also, Barcelona lost to Celta Vigo that extinguished its hopes of winning the title. According to sportsbook pay per head tutorials and news sites, Barcelona is seven points below Atletico Madrid.

According to bookie pay per head reports, Real Madrid won against Athletic Bilbao to keep their championship hopes alive. Real are two points below Atletico at the standings. Thus, both teams need to win their next games.

In other European football news, Juventus needs to win its last game of the season to qualify for the Champions League next year. Also, there are talks that Cristiano Ronaldo might move to Sporting next season. However, Juventus is insisting that Ronaldo would return to them next year. They would hold on to the superstar despite his struggles on the field.