888 Holdings reported a drop in its third-quarter revenue. The company attributed the decrease to UK gambling law changes. Also, the gambling operator closed its operations in the Netherlands.

888 saw its revenue drop 7.2 percent to $507 million from $547 million in the previous year. Its retail revenue was $140 million, a temporary closure of three days during the period. Also, sports events were canceled after the Queen’s death.

According to pay per head sportsbook reports, total online income was $367 million, a 10% decrease from the previous year, primarily due to player safety measures in the UK and the shutdown of the operations in the Netherlands. Total UK online revenue of $193 million was down 13% year over year, led by a decrease in average player spending, which was down 14% following the implementation of stricter regulations during Q3 and Q4 2021. 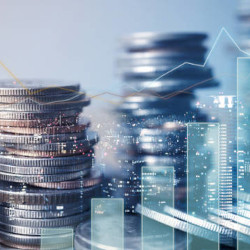 Despite these declines, the company claims it made progress with its goals after purchasing William Hill’s international (non-US) business in July. It also claims to have improved its operating cost base during the interim and contributed to an increased Adjusted EBITDA margin in Q3 2022 compared to H1 2022.

The Board noted it anticipates revenues in Q4 2022 to increase over Q3 and mirror Q4 2021 levels, notwithstanding the shifting macroeconomic climate and sustained impact on UK revenues from long-term targeted enhanced safer gaming efforts.

According to gambling software reports, the business had taken steps to quicken synergies and create a more efficient operational cost base. As a result, it anticipates an improvement in adjusted EBITDA margin in the second half of 2022 to match current market expectations for adjusted EBITDA for the entire 2022 fiscal year.