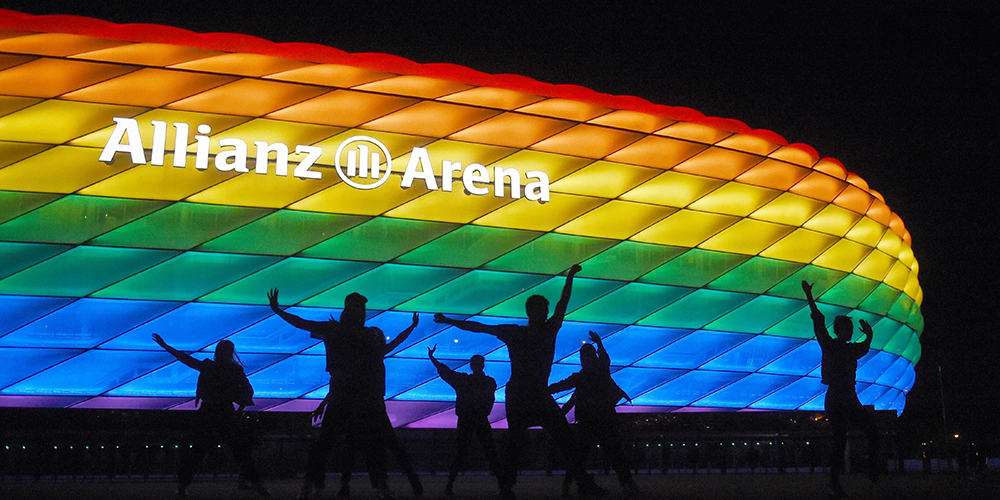 Before the Germany vs. Hungary game last Wednesday, UEFA faced criticisms over its position on rainbow colors. The Munich city council wanted to light up the Allianz Arena in rainbow colors for the match. It was in response to the Hungarian parliament’s approval of an anti-LGBTQ law.

UEFA declined the request due to its political message. However, the criticisms over the decision became stronger before the game. According to pay per head experts, German foreign minister Heiko Maas said their message was about fairness, people, and tolerance.

UEFA gave out the wrong signal by disapproving the request. However, the foreign minister said that people can still show their colors inside and outside the stadium. The German side distributed rainbow flags before the game. Also, the German goalie wore a rainbow armband for the match.

During the singing of the Hungarian national anthem, a pitch invader carrying a rainbow flag ran across the field. Football teams also lit their home stadiums with rainbow colors during the game. The message of equality is reflected in the final score of 2-2.

Before the game, German businesses, such as Siemens, Sparkasse, and BMW, changed their logos to feature rainbow colors. Hungary led the game 2-1 before substitute Leon Goretzka scored the equalizer at the 84th minute. As a result, Germany qualifies for the next stage of the tournament.

The rainbow flag is a symbol for the LGBTQ community. However, UEFA defended its decision. It said that the request was political due to the Hungarian national team’s presence. Also, UEFA said they don’t have any trouble with the rainbow and don’t see it as a political symbol. Thus, the statement caused more confusion than clarification.

You can still learn how to become a bookie and accept wagers during the Round of 16 of Euro 2020. Make sure you look at the best bookie pay per head features when choosing one for your sportsbook.

Sign up with PricePerPlayer.com to start a sportsbook today!