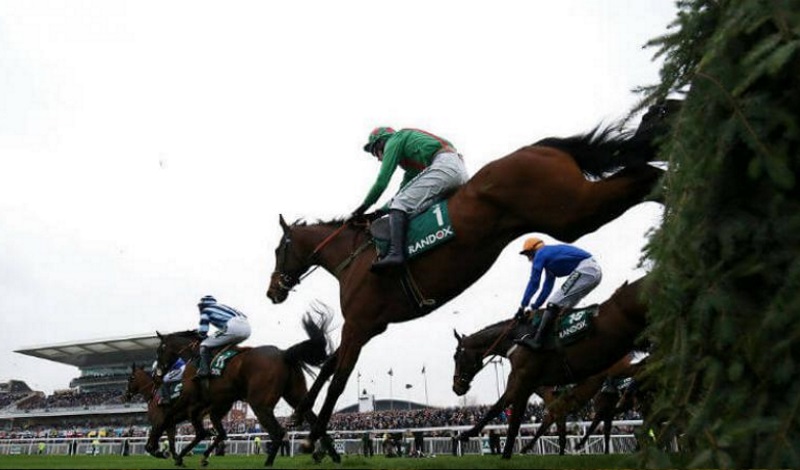 The Grand National is the biggest steeplechase in the world and it attracts a huge global audience as millions turn in to see the unique contest at Aintree Racecourse in the UK. This year’s race is just weeks away now so here is a look at five leading contenders to win the first prize.

Last year’s winner Tiger Roll is expected to return to the Grand National next month, where he is bidding to become the first back-to-back winner of the race in 45 years. Gordon Elliott’s runner just got the better of Pleasant Company in 2018 in what was a tight finish at the end of the marathon trip. The bookmakers make the Irish horse as the +1000 favourite as he recently returned to the winner’s enclosure in Ireland.  This is in addition to winning the Cross Country Chase at Cheltenham. He has two pounds more on his back this year which shouldn’t hinder his chances too much.

Irish trainer Willie Mullins has had so much success in the leading National Hunt races in the UK and Ireland over the last few years but he has not scored in the Grand National since Hedgehunter landed the contest for him in 2005. Rathvinden recently won the Bobbyjo Chase at Fairyhouse, the race Hedgehunter prevailed in before his Aintree triumph. This 11-year-old has a lot of experience over fences.  In addition, he is a winner at four miles, so stamina will definitely not be a problem for him.

Elegant Escape has had an excellent season so far with the highlight being his victory in the Welsh Grand National at Chepstow. Colin Tizzard’s runner is 20/1 in the horse racing betting for the Grand National, where he is proving very popular. At seven years old, the Ladbroke Trophy runner-up will be one of the youngest horses in the race this year. However, he has had 11 starts over fences so connections feel he is ready for a shot at the prestigious steeplechase.

Vintage Clouds has gone very close to landing one of the leading staying races on the National Hunt calendar over the last 12 months.  This is because he was third in the Scottish Grand National at Ayr and fourth in the Welsh equivalent at Chepstow. Sue Smith’s horse has a wind operation recently, which should see him return to his best at the back end of the season. This will be his first shot at the bigger fences at Aintree.  However, he is an excellent jumper so he should not have any problems with the obstacles.

Along with the current ante-post favourite, Tiger Roll, Elliott also has an excellent chance of winning the Grand National again with General Principle. The horse has been talked about as a strong contender for the 2019 renewal of the world’s most popular steeplechase since winning the Irish Grand National at Fairyhouse last April. The gelding is likely to be near the bottom of the weights once the final declarations are in. Therefore he could still be ahead of the handicapper which gives him an excellent chance of being the first past the post next month.

With a few weeks still to go, keep an eye on all the latest Grand National news and betting as so much can change in such a short space of time with regards to injuries and withdrawals.